Festival of Ideas and Technologies RUKAMI Will Take Place in Kazan 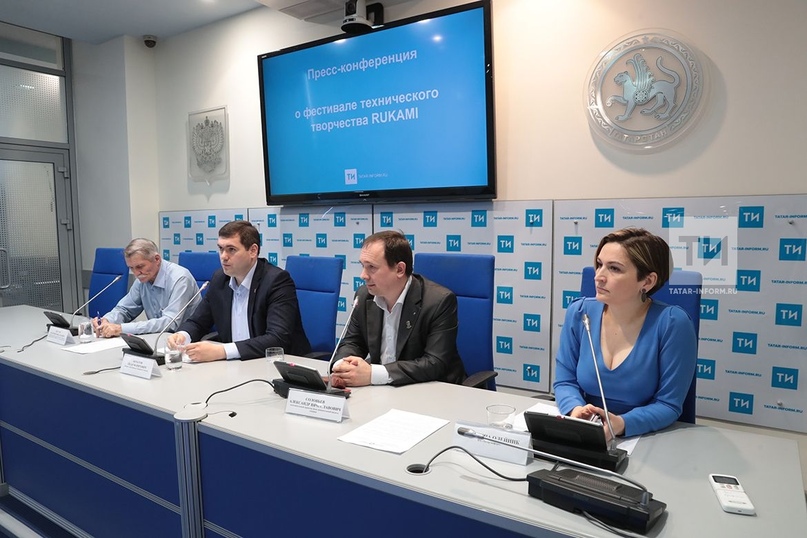 The Festival of Ideas and Technologies RUKAMI will be held from June 14 to 16 in Kazan. This information had been reported by Aidar Akmalov, Executive Director of the University of Talents, Valery Pestov, Head of the Center for Scientific and Technical Creativity of Youth at KNRTU-KAI, Alexander Solovyev, Executive Director of the House of Entertaining Science and Technology, during the press conference.

According to the press conference participants, the Kazan Makers Festival is one of ten regional festivals aimed to select the best of the best at the International Festival of Ideas and Technologies in Moscow, which will be held August 24-25, 2019.

In Kazan, the organizers are already waiting for more than 2 thousand guests, «Tatar-inform» news agency reported.

The festival will feature makers projects, the best practices of technical creativity of children and young people. The partner services in Kazan are the University of Talents and the Tatar Ministry of Education and Science. The project is implemented by the team of the Russian Venture Company and the Support Fund for the National Technology Initiative.

The first festival will take place at the «Kazan Fair» Exhibition Center. The speakers expressed the hope that the festival will be carried out in Tatarstan regularly.