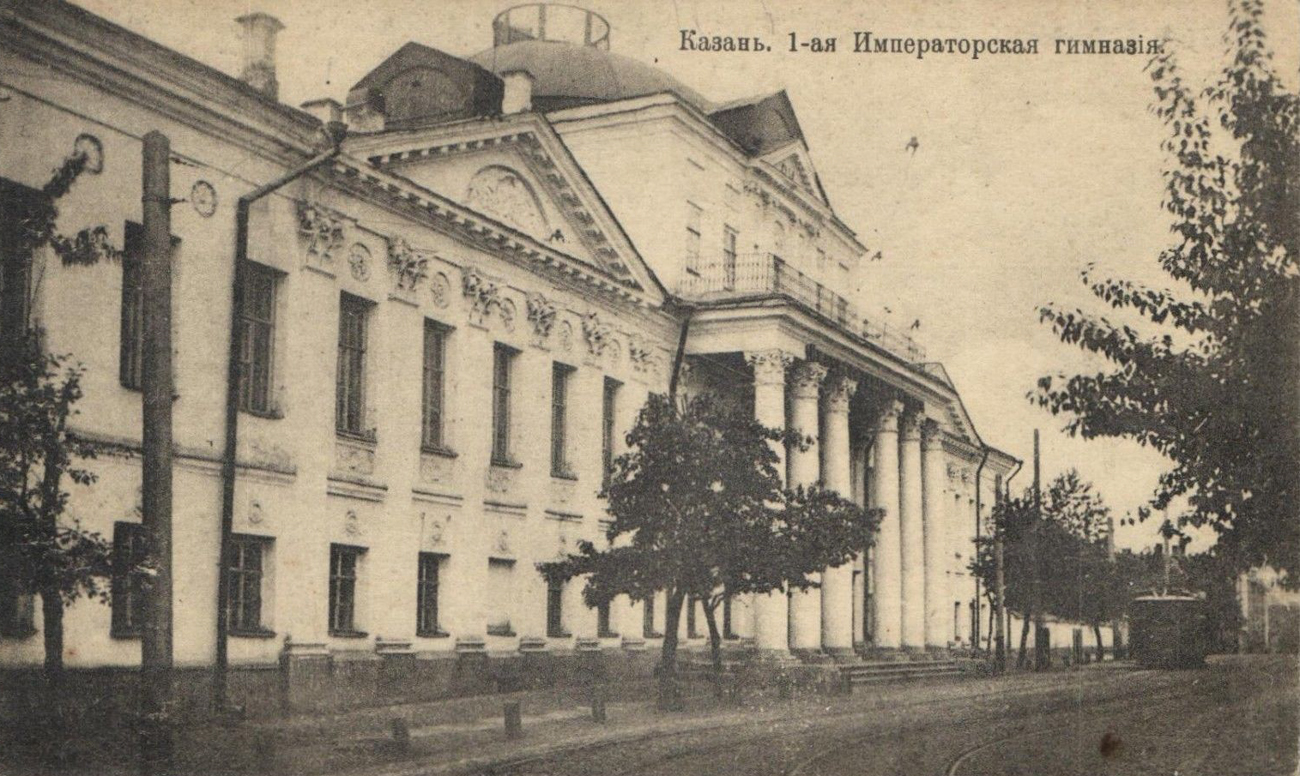 Kazan Aviation Institute was established on the basis of Aerodynamics Department of Kazan State University by the decision of the Head Department for Aviation Industry of the People’s Commissariat for Heavy Industry on the 5th of March, 1932.

At first the Institute consisted of two Departments: Aerodynamics and Aircraft, which served the basis for the official opening  of the Aircraft Manufacturing Faculty with its first Dean, K. A. Arkhipov in 1934.

Since early days of its existence, the Institute had been carrying out extensive scientific research. It was headed by Nikolai Guryevich Chetayev, who had  created the scientific school for general mechanics. In 1940 N.G. Chetayev was transferred to Moscow and appointed Deputy Director (since 1944 – Acting Director) of the Mechanics Institute of the USSR Academy of Sciences. In 1943 he was elected Associate Member of the USSR Academy of Sciences.

Since 1933 the Institute was one of the first Aviation Higher Education Institutions that started to publish collected scientific articles named as “KAI Research Papers”. They were regularly published and considered reputable scientific publications. In 1933 first Science Candidate theses were defended by the teaching faculty of the Institute. G.V. Kamenkov was the first one, who defended his paper and became KAI Rector afterwards.  In 1949 he was elected Vice-Rector and then Rector of Moscow Aviation Institute. In 1937 first Science Doctor theses were defended by G.V. Kamenkov, Kh.M. Mukshtari, I.G. Malkin. Along with theoretical research the Institute successfully developed engineering designs. In 1933 – 1939 a series of single- and twin-engine airplanes was created at KAI Experimental Design Bureau.  They embodied the ideas and design solutions which were new for that time (differential ailerons, retractable landing wheels, a flexible wing, etc.). A range of official records had been set with these aircrafts.

In 1939 the Aircraft Building Faculty was opened at KAI, with A.A. Chuslyaev as its first dean.  S.V. Rumyantsev became Head of the Chair for Aircraft Engines. He was subsequently elected Rector of KAI, then Deputy Minister for USSR Higher Education and Rector of Peoples’ Friendship University named after Patrice Lumumba.

During the Great Patriotic War the Institute hosted  a number of subdivisions and laboratories of the Physics Institute of the USSR Academy of Science, the Central Institute for Aerohydrodynamics, Flight Research Institute, Civil Aviation Research Institute as well as the whole faculty and staff of Kharkov Aviation Institute. In the period from 1941 till 1943 the leading aerodynamics scientists A.A. Dorodnitsin, S.A. Khristianovich, V.V. Struminskiy headed by M.V. Keldysh, incoming  President of the USSR Academy of Sciences, worked at KAI.

In 1945 the Chair for Jet Engines that was first among all Higher Education Institutions was set up at the Institute. V. P. Glushko, incoming academician and the founder of national jet engine building was invited to head the Chair. S.P. Korolev had been one of the first teachers at the Chair, who later became the main designer of space and missile systems in the country, Prof. G.S. Zhiritskiy, whose name had been given to one of Moon’s craters, also worked at the Chair.

In 1958 the decision was made to issue a new series of research journals ‘News of Higher Educational Institutions’ and it was assigned to the Institute to publish one of the series called ‘Aircraft Engineering’. This magazine is still distributed in 30 countries of the world (Great Britain, France, Germany, Italy, Canada, Japan, etc.). It is fully translated into the English language and published in the USA under the name of ‘Soviet Aeronautic’.  In 1967 the Institute was awarded the Order of the Red Banner of  Labour in recognition of its services for training engineers and research development.

In 1972 the Faculty of Computing and Controlling Systems was opened with Y.V. Kozhevnikov as its first dean.  In 1973 the Institute was given the name of A.N. Tupolev, a prominent Soviet aircraft designer.  In March 1982 the Institute was awarded the Order of Peoples’ Friendship on the occasion of its 50th anniversary.

In 1987 the election of the Institute’s Rector on alternative basis was first held at Higher Educational Institutions of the city. Prof. G.L. Degtyarev was elected Rector then. In 1991 a new Faculty of Management, Finance and Entrepreneurship with T.K. Sirazetdinov as its first dean was created.

In 1992 Kazan Aviation Institute was transformed into Kazan State Technical University. When it had become a technical university, KAI significantly extended a range of fields and programs of higher education.

In 2003 the Institute for Radio Electronics and Telecommunications was set up. It was headed by G.I. Scherbakov.

Today Kazan National Research Technical University – KAI is a large multi-branch training and research complex. It has 11 branches in the cities of Tatarstan and the Volga Region: Volzhsk, Almetyevsk, Bugulma, Zelenodolsk, Elabuga, Naberezhnye Chelny, Chistopol, Nizhnekamsk, Zainsk, Leninogorsk, Vyatskiye Polyany. Around 15 000 students are trained at all faculties and branches of KNRTU-KAI.

International relations of  KNRTU-KAI sprang up in 1937, when a group of lecturers and members of KAI Experimental Design Bureau went to France to become acquainted with production at ‘RENAULT’ aircraft factories. From 1947 to 1955 foreign students and postgraduates from Albania, Bulgaria, Hungary, China, North Korea, Poland, Romania, Czechoslovakia studies at KAI.

Since 1996 after a forty-year gap the training of foreign students and postgraduates had been resumed at KNRTU-KAI.  The students from Turkey, Lebanon, Syria, Jordan, Korea, India, Pakistan, China, Palestine, Libya, Germany and USA have been educated here by now. The university is successfully developing scientific and educational ties with universities of Brazil, Germany, Spain, Chine, Libya, USA, France and other countries. The interaction with international scientific and educational centers is coordinated by the International Relations Department.

In 2001 Open Technical University of Tatarstan was created on the associative basis. Kamsk Polytechnical Institute, 6 technical secondary schools, 6 research institutes and design offices entered it together with our university. Such cooperation enables us to solve a number of essential tasks, to implement the conception for continuing education in particular. Moreover, the co-founders of Open University have more opportunities for retraining teachers and specialists, their professional development, solving scientific and technical problems as well as tackling issues for graduates’ employment and recruitment.

In 2009 the University participated in the ‘National Research University’ project and won in a competitive selection among top 30 universities of the Russian Federation.

Today  KNRTU-KAI is the largest educational, research and innovation complex that is confidently ranked among best technical universities of Russia.