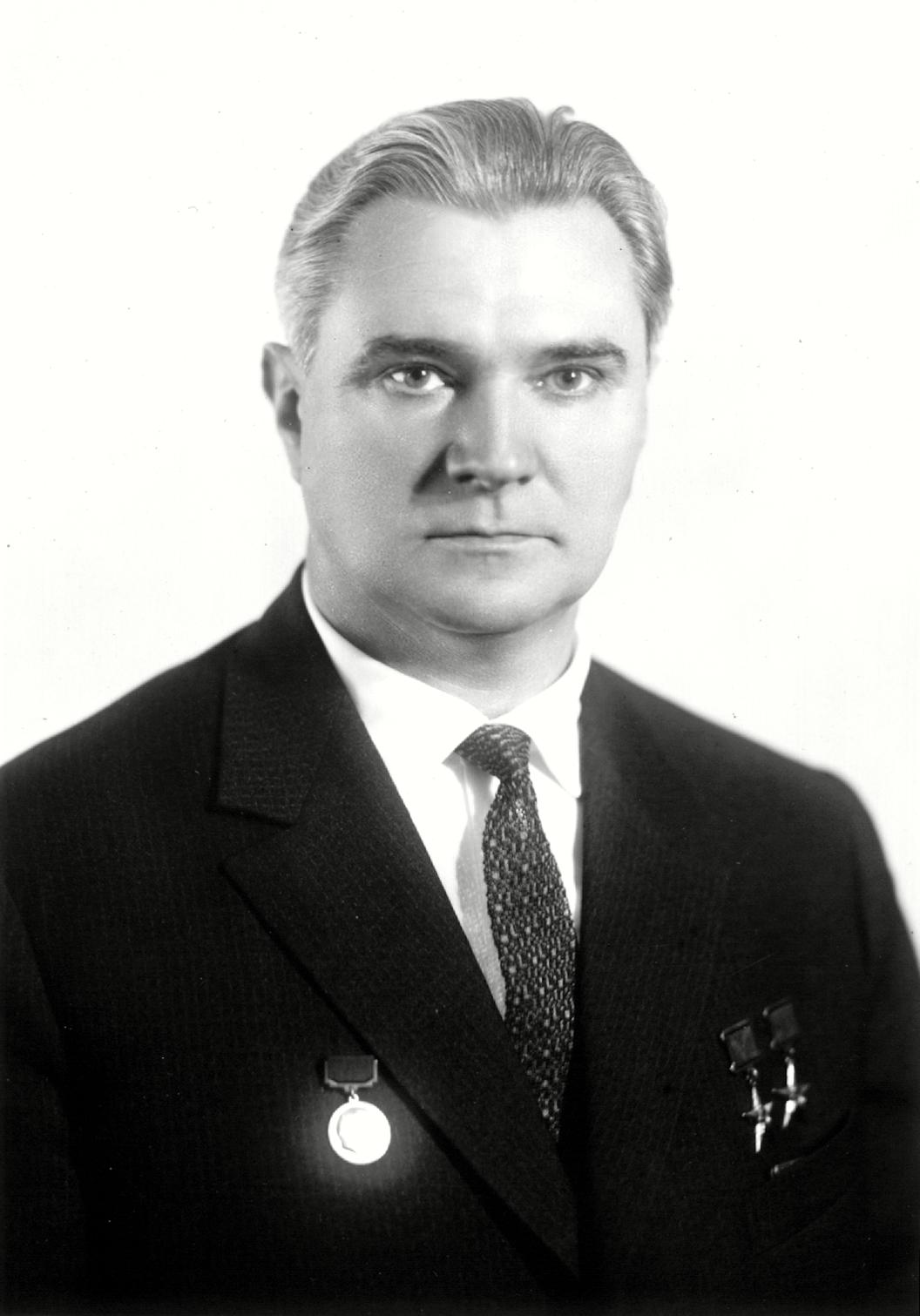 Engineer, Soviet Scientist in the Field of Rocket and Space Technology; Designer of Rocket Engines.

Valentin P. Glushko was born in 1908 in Odessa. In 1919, he entered the St. Paul’s School (in the Soviet Union Time was renamed to IV ProfTech School ‘Metal’ named after L. Trotsky), which he graduated in 1924.

In 1924, he also received a diploma from a trade school. At the same time, he finished work on the first edition of his book Exploitation of Planets, his popular science articles on space travel Conquest of the Moon by the Earth (1924), Station off the Earth (1926) and others were published in newspapers and journals.

According to the permits of the Ukrainian SSR People's Commissariat for Education V. Glushko was sent to study at the Leningrad State University. During his education, Valentin Glushko worked as an optician at first, and then as a mechanic in the workshops of the P.F. Lesgaft Institute of Natural Science, and in 1927 he worked as a geodesist of the Main Geodetic Administration of Leningrad.

From 1929, he pursued rocket research at the Gas Dynamics Laboratory. In 1930, a new research section was apparently set up for study of liquid-propellant and electric engines. The Russian scientist was able to develop a contour nozzle and a rocket engine chamber insulation with zirconium dioxide and other compounds.

In 1934, Glushko was transferred to Moscow and appointed the chief of the Russian Institute of Space Device Engineering of the People's Commissariat for Defense. In 1933-1934, he gave lectures at the Zhukovsky Air Force Engineering Academy.

Until 1940, he was a part of the design team of the Tushino Machine Building Plant No. 82. During that period, the project was developed for an auxiliary installation of a liquid-propellant rocket engine on S-100 and Stal-7 Aircrafts. In 1940, Valentin P. Glushko was transferred to Kazan, where he continued to work as the chief designer of the design office of the 4th Department of NKVD in order to develop auxiliary aircraft liquid-propellant rocket engines. 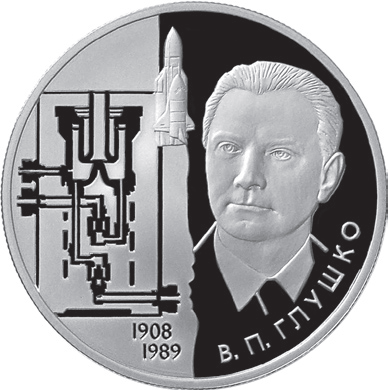 In 1945, he was appointed the head of the Department of Jet Engines of the Kazan Aviation Institute. Despite the fact that Glushko had worked in this position for only about a year, he retained ties with the Institute.

In December 1944, he was assigned as the chief designer of the Experimental Design Bureau of Special Engines in Kazan. In 1944-1945, ground and flight tests of liquid-propellant rocket RD-1 were carried out on PE-2R, LA-7, YAK-3 and SU-6 Aircrafts. A three-chamber nitric acid-kerosene rocket engine RD-3 with a thrust of 900 kg was being developed; official bench tests have been carried out for the RD-1KhZ rocket engine with chemical reignition.

On July 3, 1946, by order of the Ministry of Aircraft Production, the Aircraft Plant No. 456 in Khimki was redesigned for the production of liquid-propellant rocket engines with the simultaneous relocation of the Experimental Design Bureau of Special Engines from Kazan. Furthermore, Glushko was appointed the chief designer of the Experimental Design Bureau-456 (Scientific Production Association Energomash nowadays).

With the successful results of R-5M tests on February 2, 1956, the R-5M missile with a nuclear warhead, V.P. Glushko was awarded the honorary title Hero of Socialist Labor.

Under the supervision of V. Glushko, powerful liquid-propellant rocket engines on low-temperature and high-temperature propellants were also developed. 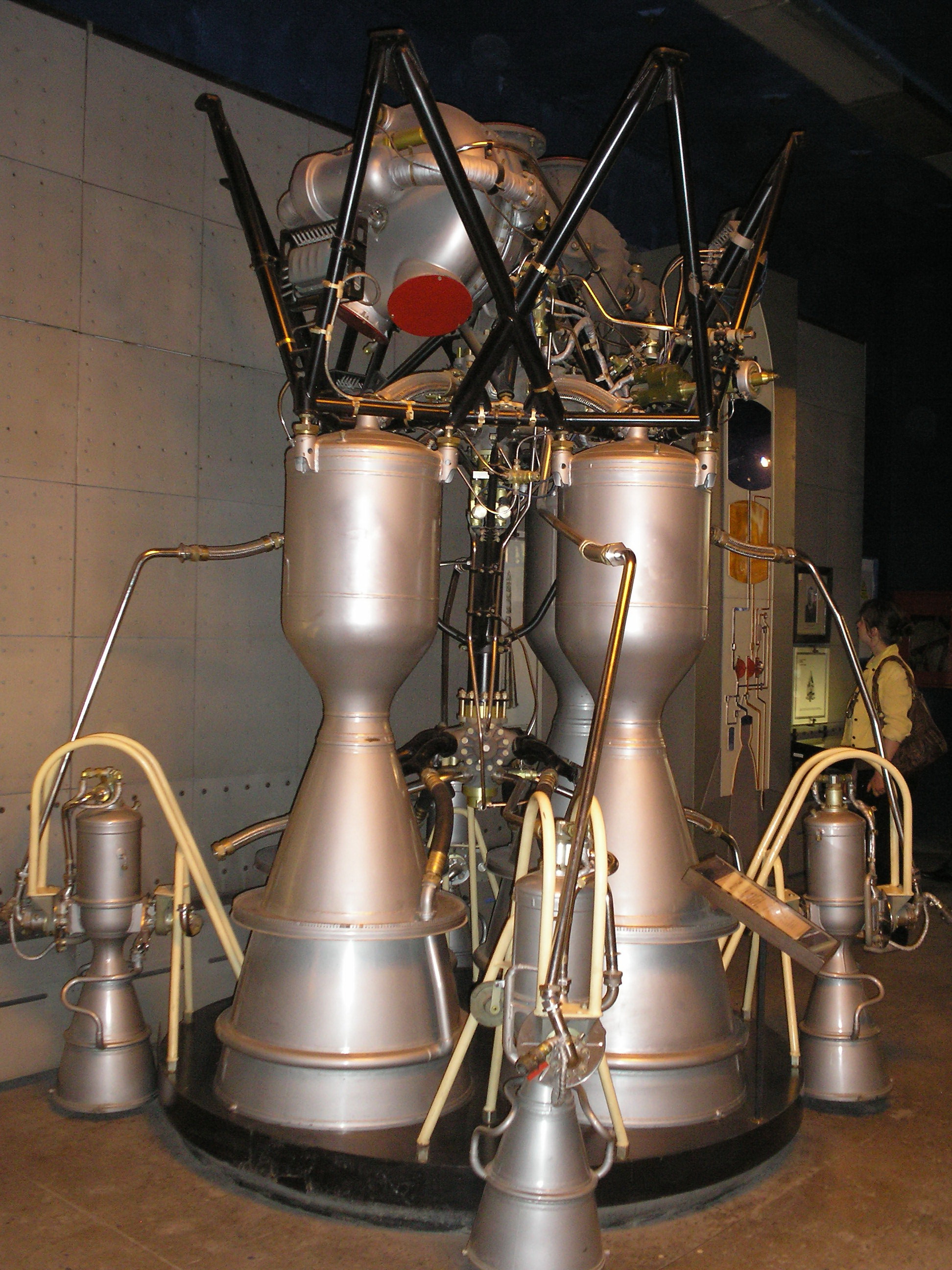 On May 22, 1974, V.P. Glushko was assigned as the director and general designer of Scientific Production Association Energia. He took the lead on the work to improve the Soyuz manned spacecraft, the Progress cargo spacecraft, the Salyut space stations, and the assembly of the Mir space station. 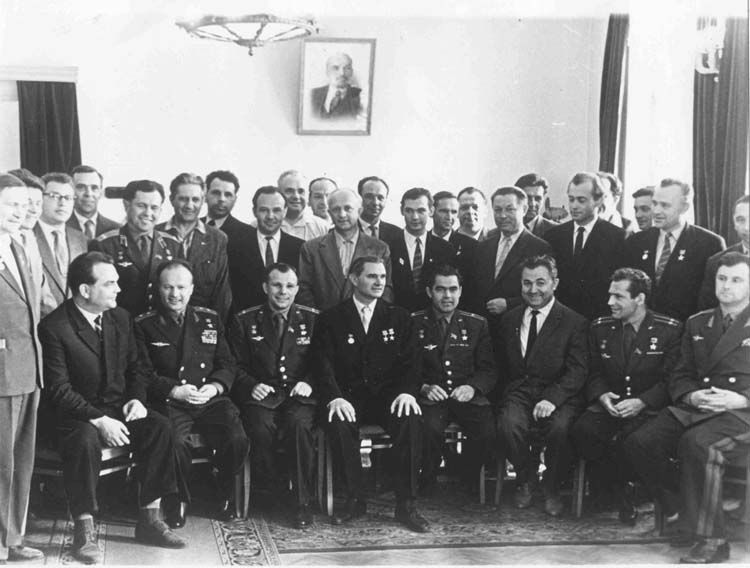 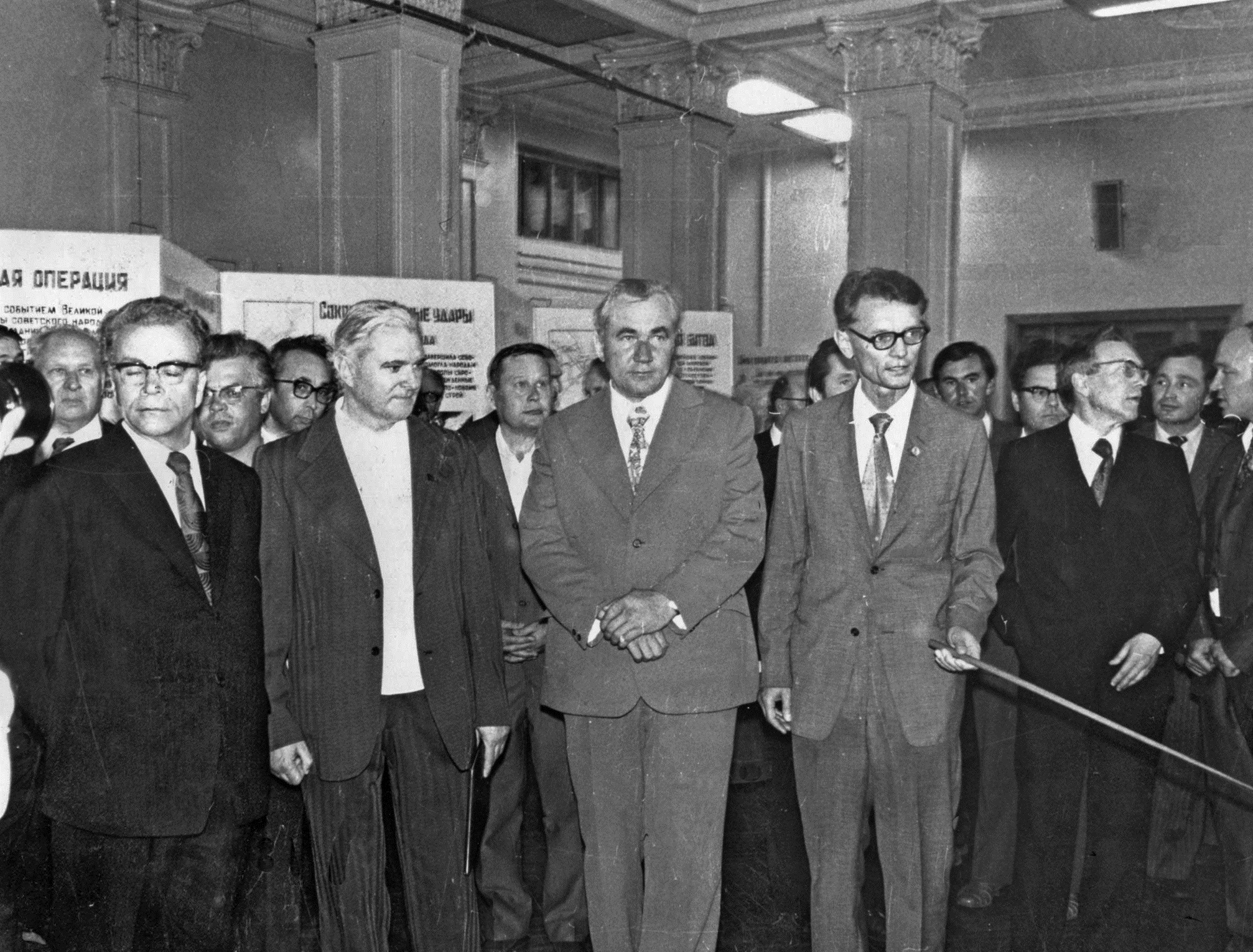 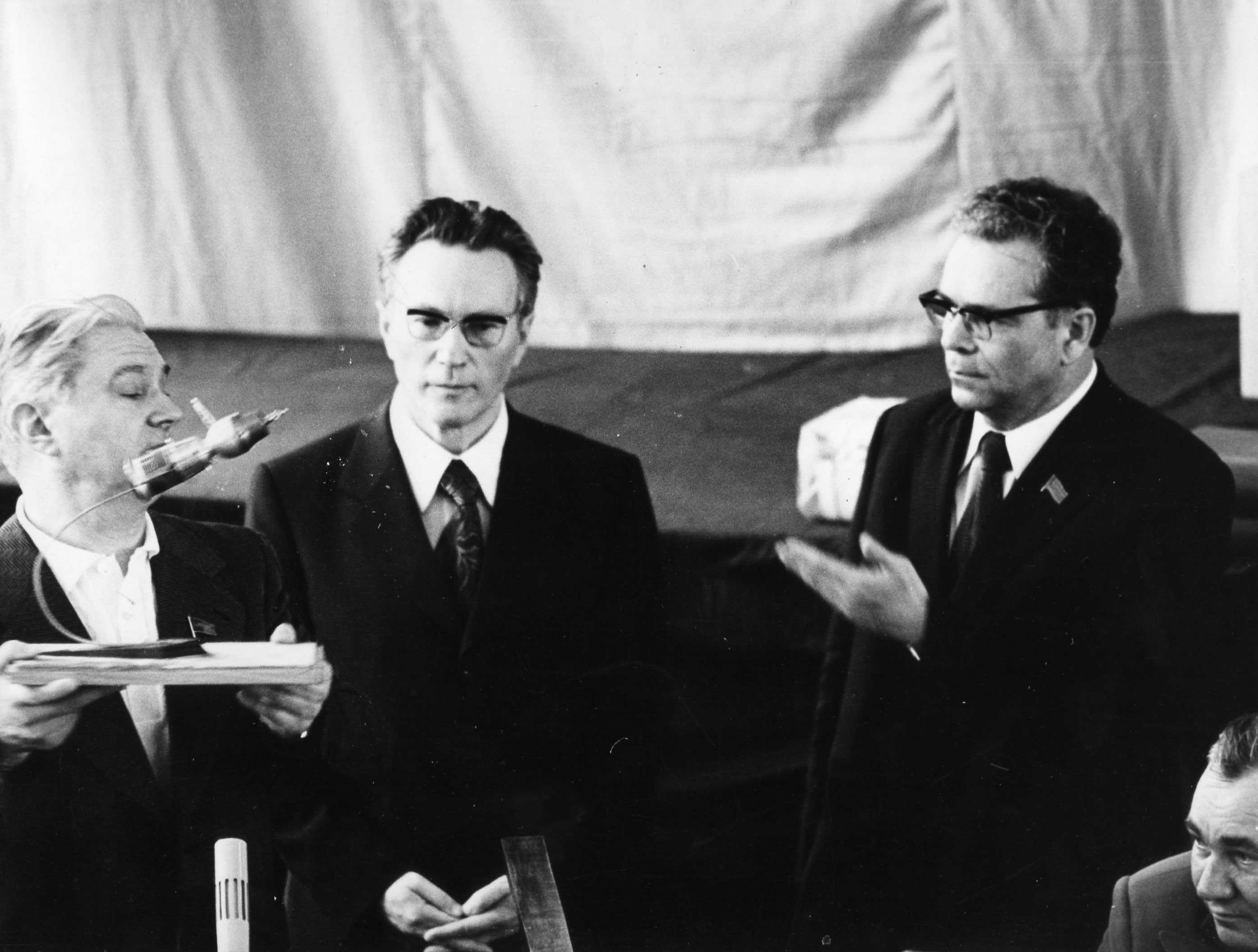 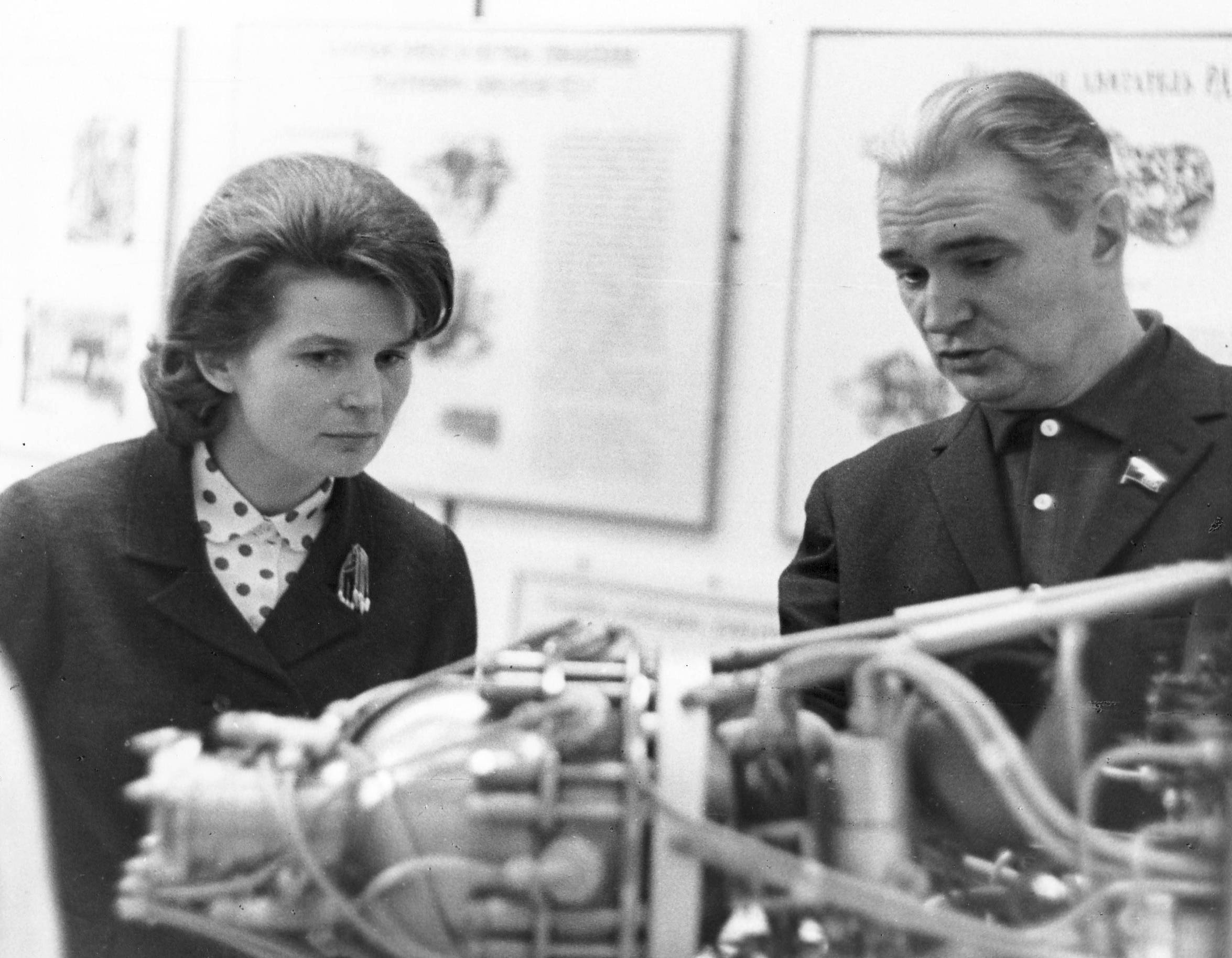