The English language has a unique and dominant role to play in the world. There are an estimated 1 billion people in the world that can speak English either as a native language or a second language.

The basic medium of instruction at GRIAT is the English language. The English course consists of monitoring and analysing students’ current performance. We are working out new strategies, teaching methods and ways to improve the language level of our students at GRIAT.

At the beginning of each semester takes place an intensive course to prepare the English exam and the classes will be held entirely in English.

Our students will pass an English test in order to be accepted at foreign universities. During the English education students are prepared to the IELTS Academic or the English Score exam because it is required by the German partner universities to have at least a language level B2. 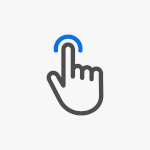 GRIAT students are also offered an opportunity to learn and enhance their language skills in German.

The GRIAT German Center (GGC) is by default a core unit of GRIAT. Since the foundation of GRIAT, and through the financial support of DAAD, the GGC has been a vital part in building the transnational teaching and research network in the spheres of science, academic education, research collaborations, and transcultural exchange between Germany and Russia.

The GGC activities are manifold. The central part consists of weekly German lessons for all GRIAT students, seeking to spend their 3rd (and possibly 4th) semester at their German partner university. The second part covers regular office hours to offer individual consultations on DAAD stipend programs as well as single and/or annual information events like KAI Open Doors Day to distribute flyers, leaflets, and other marketing materials.

The GGC has also been established as a satellite test center for the onSET language test in German and English since October 2017. In cooperation with the TestDaF Institute in Bochum, GGC can offer access to the certified onSET German and/or English online test to evaluate the current level of language command.

The third field of activity seeks to move beyond the Institute’s borders and is mostly concerned with event management of various forms and formats, target groups, contents, and levels of on-site interaction with people from Germany, cultural artifacts, and/or the German language.

Given the rich German history in and around Kazan and the rather high interest in learning German among children, youth, and adults, the GGC is set in a viable context, which has great potential for growth and future networking.