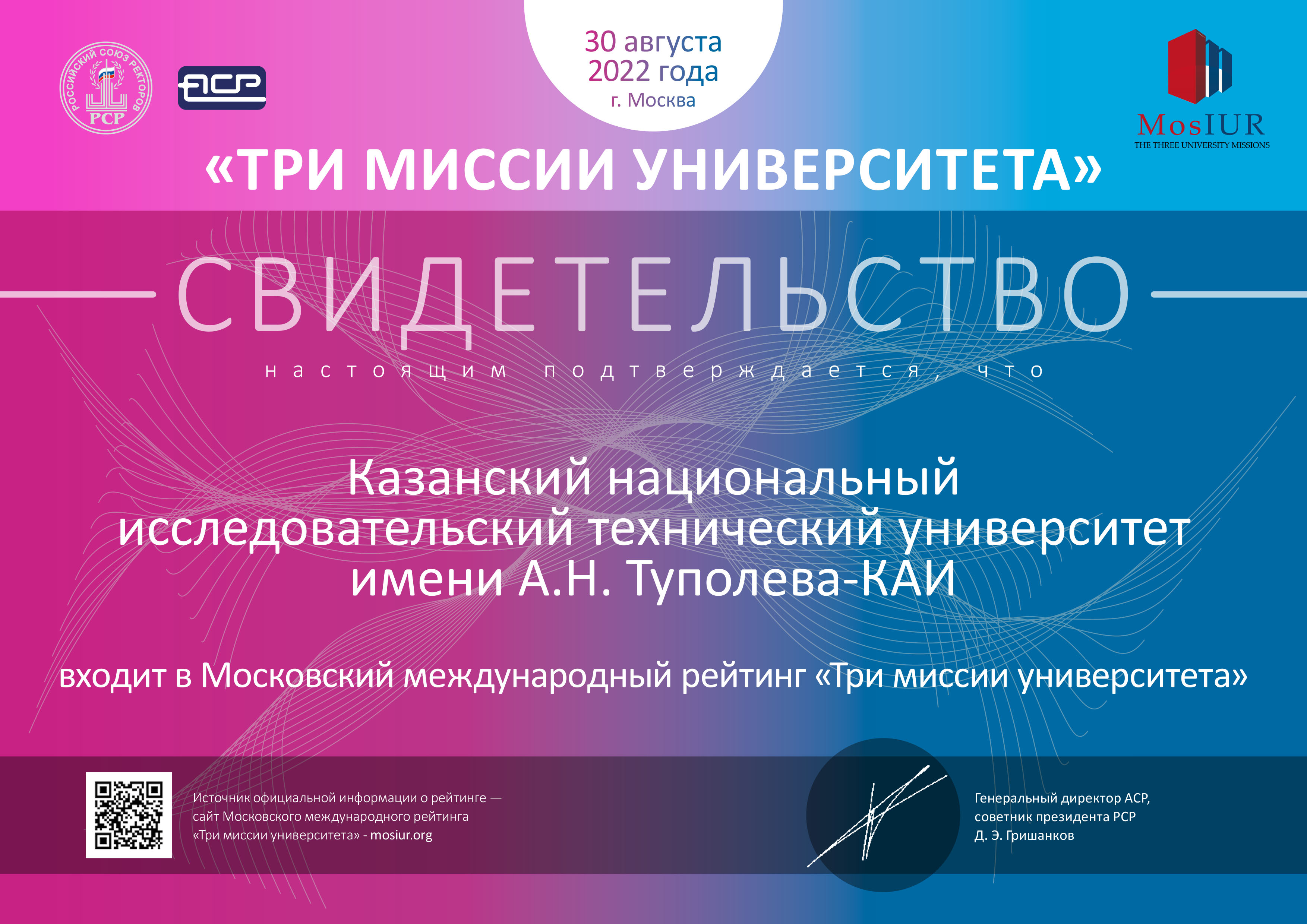 According to the Three University Missions Moscow International University Ranking 2022, KNRTU-KAI entered the world ranking within the 1201-1300 range and the 54-62 range among Russian universities.

This year, the number of universities featured in the world ranking has increased to 1,800 from 1,650 with respect to the previous year.